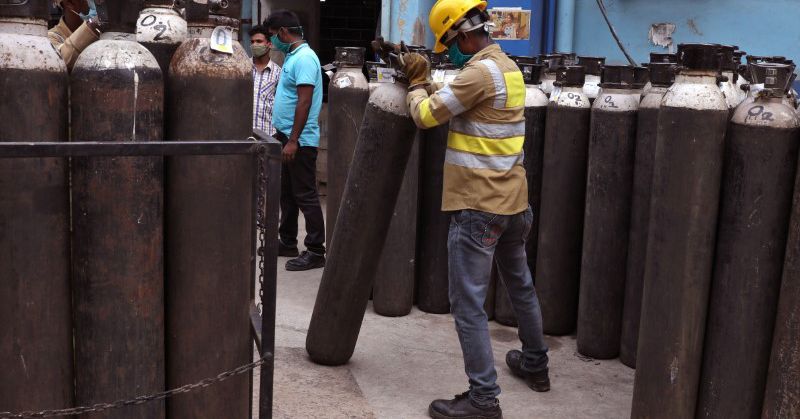 India cuts taxes on drugs and equipment to treat COVID-19

NEW DELHI, June 12 (Reuters) – India on Saturday cut taxes on medical equipment such as oxygen concentrators and drugs used to treat COVID-19 infections, after widespread criticism of the costs of care of health during a devastating second wave of the virus in April and May.

The new taxes will be in place until the end of September, Finance Minister Nirmala Sitharaman said, adding that they would include taxes on electric ovens in crematoriums and ambulances.

“The rate cut was not made with the costs (on public finances) in mind, it was made to make people feel more comfortable … the decision was made to offer a facility ultimate to patients, ”Revenue Secretary Tarun said. Bajaj said at a press conference.

The government will however continue to tax vaccines at 5%, he added.

The second most populous country in the world, where coronavirus cases peaked at 400,000 per day in May, reported 84,332 new infections on Saturday, the lowest in more than two months, according to ministry data. Health. There were 4,002 deaths.

During the second wave of the virus, many people resorted to expensive private treatment in what is still a low-income country.

Others have paid twenty times the usual black market price for oxygen cylinders and huge sums to secure ambulances and hearses. Read more

Experts said millions of people remain vulnerable to new outbreaks of infections, especially in the countryside where two-thirds of the population live.

Prime Minister Narendra Modi said the government will resume the Indian states’ vaccination program and offer free doses to anyone over 18.

The government would allow private hospitals to have 25% of all vaccine supplies, but not charge more than 150 rupees ($ 2.06) on the cost of the dose, he said.

Time to make essential drugs in the United States